Skip to Main Content
It looks like you're using Internet Explorer 11 or older. This website works best with modern browsers such as the latest versions of Chrome, Firefox, Safari, and Edge. If you continue with this browser, you may see unexpected results.

The Papers of William H. Seward 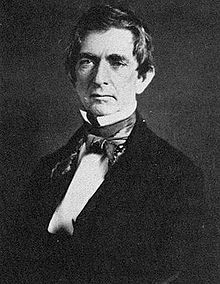 In 1859, William Henry Seward, New York senator and later Lincoln’s secretary of state, sold Tubman a home on the outskirts of Auburn, New York, where she settled her aged parents and other family members before joining northern abolitionists in support of Union efforts in the Civil War.

Earl Conrad (1912-1986), birth name Cohen, was a journalist, historian and screenwriter who wrote many books dealing with race relations in the United States.   Mr. Conrad began his career in his hometown of Auburn, N.Y., and worked on several newspapers. As a correspondent and Harlem bureau chief for The Chicago Defender, Mr. Conrad investigated lynchings, rape cases and other incidents involving blacks in the South.

Conrad's 1943 biography, Harriet Tubman, was the first serious attempt to reconstruct Tubman's life since Sarah Bradford's 19th century biographical sketches,   It stood as the most authoritative source on Harriet Tubman for more than 60 years.

The Norman F. Bourke Memorial Library on the Auburn campus of Cayuga Community College houses the Earl Conrad Papers among its archival collections. The Conrad collection includes manuscripts and typescripts, correspondence, photographs, scrapbooks, reviews, publications and miscellaneous items relating to his 1943 book Harriet Tubman, and other works, including Jim Crow America (1947), Scottsboro Boy (1950), 'The Public School Scandal (1951), Rock Bottom (1952), Gulf Stream North (1954), Mr. Seward for the Defense (1956), The Governor and His Lady: The Story of William Henry Seward and his Wife Frances (1960), The Invention of the Negro (1967) and Everything and Nothing: The Dorothy Dandridge Tragedy (1970).

Collections in Other Institutions