Skip to main content
It looks like you're using Internet Explorer 11 or older. This website works best with modern browsers such as the latest versions of Chrome, Firefox, Safari, and Edge. If you continue with this browser, you may see unexpected results.

These titles have recently been added to the library collection.  If you would like to borrow one, please telephone or email, and we will have your requests ready when you come in to pick them up. 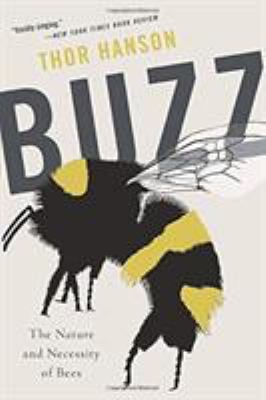 From the award-winning author of The Triumph of Seeds and Feathers, a natural and cultural history of the buzzing wee beasties that make the world go round. Bees are like oxygen: ubiquitous, essential, and, for the most part, unseen. While we might overlook them, they lie at the heart of relationships that bind the human and natural worlds. In Buzz, the beloved Thor Hanson takes us on a journey that begins 125 million years ago, when a wasp first dared to feed pollen to its young. From honeybees and bumbles to lesser-known diggers, miners, leafcutters, and masons, bees have long been central to our harvests, our mythologies, and our very existence. They've given us sweetness and light, the beauty of flowers, and as much as a third of the foodstuffs we eat. And, alarmingly, they are at risk of disappearing. As informative and enchanting as the waggle dance of a honeybee, Buzz shows us why all bees are wonders to celebrate and protect. Read this book and you'll never overlook them again. 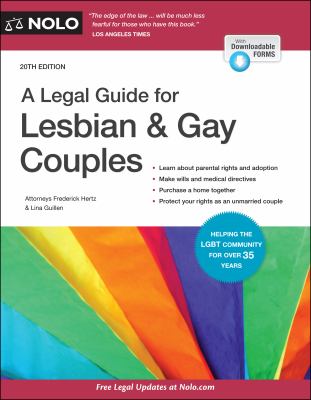 A Legal Guide for Lesbian and Gay Couples

Learn about parental rights and adoption. Make wills and medical directives. Purchase a home together. Protect your rights as an unmmarried couple.
Gay and lesbian couples have gained a lot of legal ground in recent years. Although same-sex marriage is legal, it's important to stay up to speed on the laws governing parentage, adoption, civil unions, and domestic partnerships, which vary from state to state. And if you choose to remain unmarried, it's essential that you protect your rights and define your relationship in the eyes of the law. This plain-English guide shows you how to do it. 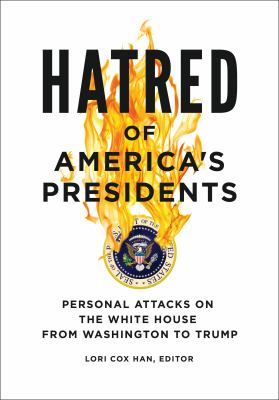 People involved or simply interested in politics often ask whether today's political environment is more toxic than ever before. Hatred of America's Presidents: Personal Attacks on the White House from Washington to Trump presents an impartial and authoritative history of invective toward the White House so readers can determine the answer for themselves. The book focuses on the most representative and commonplace attacks of a vitriolic and personal nature, detailing who instigated and trafficked in the attacks and how presidents, administrations, and political parties defended themselves. It also illustrates how honest disagreements about policy - such as FDR's New Deal, Ronald Reagan's Central America policies, George W. Bush's invasion of Iraq, and Barack Obama's Affordable Care Act - fueled expressions of hatred and condemnation. Finally, the book includes perspectives from both the right and left on the legitimacy of these attacks and the victims' defenses as well as their impact on American politics and policy. Features: Investigates a unique form of expressions of hatred toward American presidents, focusing on the personal rather than the political; Covers every president from Washington to Trump; Includes coverage of personal attacks on First Families; Details how presidents and allies responded to these attacks. -- From abc-clio.com. 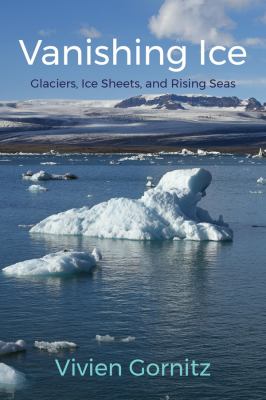 The Arctic is thawing. In summer, cruise ships sail through the once ice-clogged Northwest Passage, lakes form on top of the Greenland Ice Sheet, and polar bears swim farther and farther in search of waning ice floes. At the opposite end of the world, floating Antarctic ice shelves are shrinking. Mountain glaciers are in retreat worldwide, unleashing flash floods and avalanches. We are on thin ice-and with melting permafrost's potential to let loose still more greenhouse gases, these changes may be just the beginning.Vanishing Iceis a powerful depiction of the dramatic transformation of the cryosphere-the world of ice and snow-and its consequences for the human world. Delving into the major components of the cryosphere, including ice sheets, valley glaciers, permafrost, and floating ice, Vivien Gornitz gives an up-to-date explanation of key current trends in the decline of ice mass. Drawing on a long-term perspective gained by examining changes in the cryosphere and corresponding variations in sea level over millions of years, she demonstrates the link between thawing ice and sea-level rise to point to the social and economic challenges on the horizon. Gornitz highlights the widespread repercussions of ice loss, which will affect countless people far removed from frozen regions, to explain why the big meltdown matters to us all. Written for all readers and students interested in the science of our changing climate,Vanishing Iceis an accessible and lucid warning of the coming thaw. 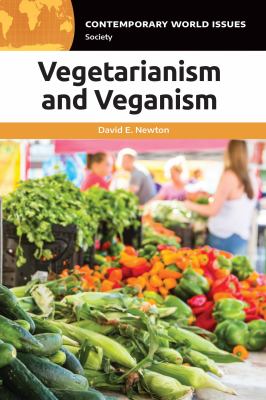 "This detailed and comprehensive overview of meat-free diets introduces readers to their long history in human cultures and analyzes some of the important questions and issues surrounding their practice in today's world. Vegetarianism and Veganism: A Reference Handbook provides a history and background of vegetarianism and veganism from prehistorical times to the present day, along with detailed discussions of the practice in each historical period since that time. The ancillary chapters provide additional information on important individuals and organizations in the field, relevant data and documents on the topic, an annotated bibliography, a chronology of important events, and a glossary of terms likely to be encountered in the field. Of special interest is the Perspectives chapter, in which stakeholders in the topic write about some specific aspect of its importance in their own lives. Intended for high school, college, and general readers, the volume covers the field of vegetarianism and veganism in cultures from around the world. Some specific topics include ancient views of vegetarianism, religious stands on the practice, the growth of vegetarian and vegan institutions, and current controversies over the practice of meat-free diets. It also includes a host of resources that readers can use to continue their own research in the field." -- Publisher's description 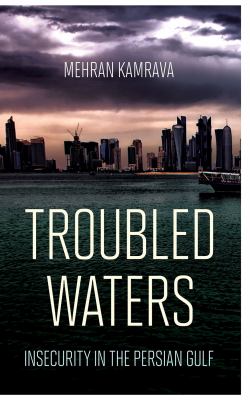 "Troubled Waters looks at four dynamics in the Persian Gulf that have contributed to making the region one of the most volatile and tension-filled spots in the world. Mehran Kamrava identifies the four dynamics as: the neglect of human dimensions of security, the inherent instability involved in reliance on the United States and the exclusion of Iraq and Iran, the international and security policies pursued by inside and outside actors, and a suite of overlapping security dilemmas. These four factors combine and interact to generate long-term volatility and ongoing tensions within the Persian Gulf." (Amazon) 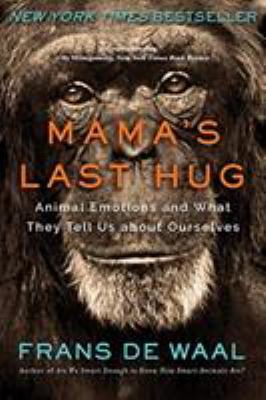 “Frans de Waal is one of the most influential primatologists to ever walk the earth, changing the way we think of human nature by exploring its continuity with other species. He does this again in the wonderful Mama’s Last Hug, an examination of the continuum between emotion in humans and other animals. This subject is rife with groundless speculation, ideology, and badly misplaced folk intuition, and de Waal ably navigates it with deep insight, showing the ways in which our emotional lives are shared with other primates. This is an important book, wise and accessible.”
- Robert Sapolsky, author of Behave: The Biology of Humans at Our Best and Worst